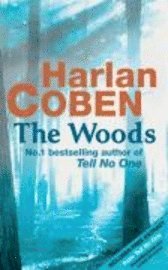 Paul Copeland's sister went missing twenty years ago. Now raising a daughter alone, after the death of his wife, he balances family life with a career as a prosecutor. But when a homicide victim is found with evidence linking him to Cope, the well-buried secrets of the past are threatening everything. Is this body one of the campers who disappeared with his sister? Could his sister be alive? Cope has to confront so much he left behind that summer so long ago: his first love, Lucy, his mother who abandoned the family, and the secrets that his parents might have been hiding even from their own children. Cope must decide what is better left hidden in the dark and what truths can be brought to the light. And can he find absolution?

This is so bad!

If you want literature for the McDonals generation then be my guest. Nothing wrong with McDonals, my five years old daughter loves it!

Harlan Coben is very good at bringing turn & twits, and that is all I can give him, but in this book there are so many it becomes ridiculous.