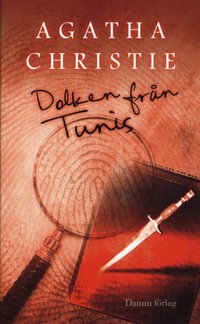 When Mrs Ferras died of an overdose of veronal, Dr Sheppard's inquisitive sister Caroline insisted that she had committed suicide from remorse, for it was well known to all the village gossips (if to no one else) that Mrs Ferrars had poisoned her husband. Dr Sheppard's sister Caroline knew everything, and when Roger Ackroyd, the wealthiest man in the district, was murdered, her long nose fairly quivered with excitement. He was known to have been in love with Mrs Ferrars. Caroline was full of theories.
The only person she couldn't cope with was their mysterious neighbour. This hardy individual had adroitly warded off all her advances, and it was left to Dr Sheppard to make friends with him. He turned out to be none other than M. Poirot, the brilliant amateur detective, who had retired to rural peace in order to cultivate vegetable marrows, and who now became involved in a familiar tangle of events and people, of murders, blackmail, and Mysterious Strangers. The mystery was worthy of him, for even the local Inspector, confident at first that he had a clear-cut case, finally had to admit that the whole thing was 'nothing but a muddle'.
The Murder of Roger Ackroyd is probably the most famous of all Agatha Christie's well-known detective stories.

At ten o'clock I rose, yawned, and suggested bed. Caroline acquiesced.
It was Friday night, and on Friday night I wind the clocks. I did it as usual, whilst Caroline satisfied herself that the servants had locked up the kitchen properly.
It was a quarter past ten as we went up the stairs. I had just reached the top when the telephone rang in the hall below.
'Mrs Bastes,' said Caroline immediately.
'I'm afraid so,' I said ruefully.
I ran down the stairs and took up the receiver.
'What?' I said. 'What? Certainly, I'll come at once.'
I ran upstairs, caught up my bag, and stuffed a few extra dressings into it.
'Parker telephoning,' I shouted to Caroline, 'from Fernly. They've just found Roger Ackroyd murdered.'