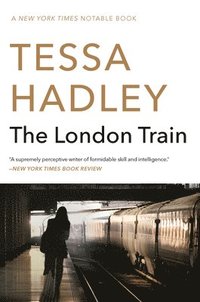 "The London Train" is a novel in two parts, separate but wound together around a single moment, examining in vivid detail two lives stretched between two cities. Paul lives in the Welsh countryside with his wife Elise, and their two young children. The day after his mother dies he learns that his eldest daughter Pia, who was living with his ex-wife in London, has moved out from home and gone missing. He sets out in search of Pia, and when he eventually finds her, living with her lover in a chaotic flat in a tower block in King's Cross, he thinks at first he wants to rescue her. But the search for his daughter begins a period of unrest and indecision for Paul: he is drawn closer to the hub of London, to the excitements of a life lived in jeopardy, to Pia's fragile new family. Paul's a pessimist; when a heat wave scorches the capital week after week he fears that they are all 'sleep-walking to the edge of a great pit, like spoiled trusting children'. In the opposite direction, Cora is moving back to Cardiff, to the house she has inherited from her parents. She is escaping her marriage, and the constrictions and disappointments of her life in London. At work in the local library, she is interrupted by a telephone call from her sister-in-law and best friend, to say that her husband has disappeared. Connecting both stories is the London train, and a chance meeting that will have immediate and far-reaching consequences for both Paul and for Cora.