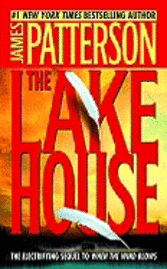 The flying children from When the Wind Blows are back at last for a thriller that tests the limits of the imagination-a suspense story that really soars.

The six children have escaped horrifying government experiments, a childhood in captivity, and a frightening brush with death. Living out in the world for the first time, they yearn to be reunited with Kit and Frannie, the couple who saved their lives. And Max, the leader of the flock, is seized by an overpowering fear that the kids are about to face a danger greater than any they've ever known.

All that the children want is to return to the one place they have ever felt truly protected-the waterfront cabin known as the Lake House. But in order to get there, they must thwart the sinister plans of a survivor from their worst nightmare-plans that not only keep Kit, Frannie, and the children in constant peril but threaten the future of human existence. And it's a battle they must be willing to pay any price to win.

The Lake House is the completion of James Patterson's most original and compelling story ever-a conclusion that millions of readers have awaited for years. Read it and see why the New York Times said of him, "James Patterson knows where our deepest fears are buried....There's no stopping his imagination."