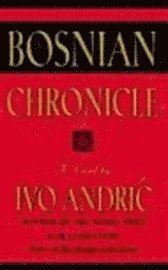 Ivo Andric (1892-1975) who received the Nobel Prize for literature in 1961, has been called the Tolstoy of Bosnia, and this novel fully justifies the claim. A timeless saga of intrigue and conquest, it is set in Travnik in the early 1800s, as Napoleon's consul arrives ot to pay his respects to the Ottoman viziers. the Austrians are the next to set up a consulate, and the ensuing games of diplomacy and scheming are observed quietly by the 'proud and cunning people of Travnik.' Andric's masterpiece is imbued with wisdom and quiet humour and will reward the reader with many hours of pleasure - and an entirely fresh perspective on Bosnia.