The Chemistry of Tears 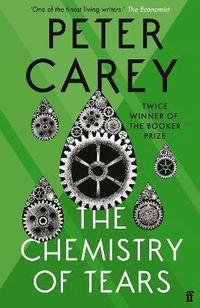 London 2010. Catherine Gehrig, conservator at the Swinburne museum, learns of the unexpected death of her colleague and lover of thirteen years. As the mistress of a married man she has to grieve in private. One other person knows their secret, the director of the museum, who arranges for Catherine to be given a special project away from prying eyes. Mad with grief, the usually controlled and rational Catherine discovers a series of handwritten notebooks telling the story of the man who originally commissioned the extraordinary and eerie automata she has been asked to bring back to life. With a precocious new assistant, Amanda, at her side, she starts to piece together both the clockwork puzzle and the story of the mechanical creature which was commissioned in 19th century Germany by an English man, Henry Brandling, as a 'magical amusement' for his consumptive son. Having been asked to leave his home by his wife, Henry turns his hurtful departure into an adventure that he records for his young child. But it is Catherine Gehrig, in a strangely stormy and overheated London nearly two hundred years later, who will find comfort and wonder in reading Henry's story. And it is the automata, in its beautiful, uncanny imitation of life that will link two strangers confronted with the mysteries of life and death, the miracle and catastrophe of human invention and the body's astonishing chemistry of love and feeling.


Utdrag ur boken:
When my little fellow saw the design for M Vaucanson's ingenious duck, a great shout - huzza - went up from him. It was a tonic to see the colour in his cheeks, the life brimming in his eyes where I observed the force of what Dr Kneipp calls 'magnetic agitation' which is a highly elevateted form of curiosity or desire.
I thought, dear Lord, we have turned the corner.
The ten sheets of plans covered his bed. 'Oh Papa', he said, 'it is a wonder'.