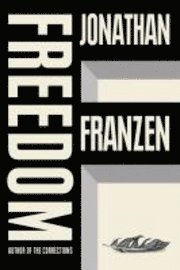 Patty and Walter Berglund were the new pioneers of old St. Paul - the gentrifiers, the hands-on parents, the avant-garde of the Whole Foods generation. Patty was the ideal sort of neighbour who could tell you where to recycle your batteries and how to get the local cops to actually do their job. She was an enviably perfect mother and the wife of Walter's dreams. Together with Walter - environmental lawyer, commuter cyclist, family man - she was doing her small part to build a better world. But now, in the new millennium, the Berglunds have become a mystery. Why has their teenage son moved in with the aggressively Republican family next door? Why has Walter taken a job working with Big Coal? What exactly is Richard Katz - outré rocker and Walter's old college friend and rival - still doing in the picture? Most of all, what has happened to poor Patty? Why has the bright star of Barrier Street become "a very different kind of neighbour," an implacable Fury coming unhinged before the street's attentive eyes?


Utdrag ur boken:
The oldest turd was dark and firm and noduled, the ones from deeper inside him were paler and already dissolving a little. Although he, like all people, secretly enjoyed the smell of his own farts, the smell of his shit was something else. It was so bad as to seem evil in a moral way. He poked one of the softer turds with the fork, trying to rotate it and examine its underside, but it bent and began to crumble, clouding the water brown