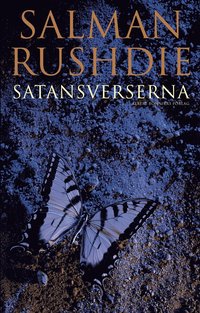 Book Description
Just before dawn one winter's morning, a hijacked jetliner explodes above the English Channel. Through the falling debris, two figures, Gibreel Farishta, the biggest star in India, and Saladin Chamcha, an expatriate returning from his first visit to Bombay in fifteen years, plummet from the sky, washing up on the snow-covered sands of an English beach, and proceed through a series of metamorphoses, dreams, and revelations.


Amazon.com
No book in modern times has matched the uproar sparked by Salman Rushdie's The Satanic Verses, which earned its author a death sentence. Furor aside, it is a marvelously erudite study of good and evil, a feast of language served up by a writer at the height of his powers, and a rollicking comic fable. The book begins with two Indians, Gibreel Farishta ("for fifteen years the biggest star in the history of the Indian movies") and Saladin Chamcha, a Bombay expatriate returning from his first visit to his homeland in 15 years, plummeting from the sky after the explosion of their jetliner, and proceeds through a series of metamorphoses, dreams and revelations. Rushdie's powers of invention are astonishing in this Whitbread Prize winner.