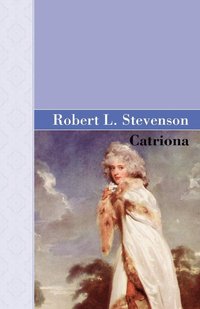 In the sequel to Kidnapped, David Balfour's story continues as he becomes further caught up in the political conspiracy of the Appin Case. He must defend himself and James Stewart of the Appin murder; not an easy task because the Campbells want James Stewart to hang.
The Tale of Tod Lapraik, a crucial part of the novel about a diabolical obsession, is considered one of Stevenson's greatest Scottish tales. The book also introduces two of Stevenson's most memorable female characters: the Highland heroine, Catriona, and her friend (sometimes rival), Barbara Grant.