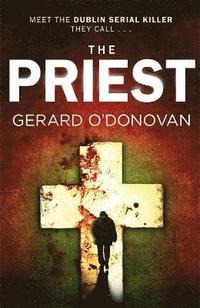 His name is the Priest. His weapon is a crucifix. His victims don't have a prayer. A killer is stalking the dark streets of Dublin. Before each attack, he makes the sign of the cross; then he sends his victims to God. After a foreign politican's daughter is brutally assaulted and left for dead, her body branded with burns from a blazing cross, the case falls to Detective Inspector Mike Mulcahy. Mulcahy is one tough cop, but this crime is beyond comprehension - and The Priest is a nemesis more evil and elusive than any Mulcahy has ever faced: an angel of death with a soul dark as hell. As a media frenzy erupts and the city reels in terror, Mulcahy teams up with ambitious journalist Siobhan Fallon in a desperate bid to stop The Priest in his tracks before he can complete his divine mission of murder.