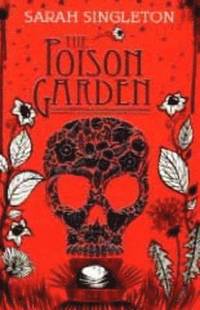 By the winner of the BOOKTRUST TEENAGE PRIZE

Thomas has inherited a magical box from his dead grandmother, which provides entry into a mysterious garden where her ghost warns him she was poisoned.
For once she belonged to an arcane guild, whose members each cultivated a garden and mastered the arts of poison, perfume and medicine. The remaining guild members jostle for power as, one by one, they are murdered.
Can Thomas solve the mystery before he in turn is threatened?


Utdrag ur boken:
"Where are we going?" he said, in a panic.What was he doing, running into the woods with a stranger?
"Come along," Blake repeated, not looking round. "You don't want to get lost"
And Thomas, looking round, didn't trust himself to find the way back despite the boast about his memory. What choice did he have? Ignoring the anxious clutch in the pit of his belly he hurried after Blake.
It wasn't far. They reached the edge of the wood. Lo and behold - they were standing by another wall and another gateway, offering an astonishing open view over smooth swooping hills.
"We're at the edge of the garden!" Thomas exclaimed.
"Why - so we are!"
Thomas frowned. he didn't like to be made a fool of. Blake was beginning to get on his nerves, rubbing him up the wrong way.
He stared through the open gate. this iew didn't make sense. where was the expanse of grassy hills?
"Remember the way," Blake said, with a gesture at the view. "That is my garden."
"Your garden? You're my grandmothers neighbour?" Nothing about the geography of the village suggested this could be possible. Thomas struggled to understand what he was seeing.
"Albion," Blake said. "My garden is Albion, the Garden of Love. remember that too."