The Hound of The Baskervilles 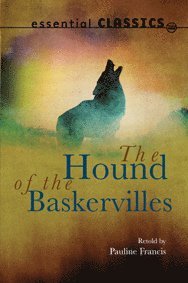 Sherlock Holmes and Dr Watson had been sharpening their detective skills deducing the characteristics of the man whose walking stick is in their possession, when the owner arrives greatly in need of their help.
Dr James Mortimer tells them that he has discovered the body of Sir Charles Baskerville in the grounds of his Devon home. Baskerville's face bore an expression of terror and his body showed signs of exhaustion, as if he had been fleeing something - or someone. Mortimer was aware of only one clue as to how Baskerville met his death: 'the footprints of a gigantic hound'.
Dr Watson is dispatched by Holmes to the desolate moorland of Devon. He learns about the ancient myth of the Baskerville hound. and as he uncovers the malevolent fury that lay behind Baskerville's death, he comes perilously close to meeting his own..

"
Köp boken på amazon.se (betald länk)
Bok recensioner av The Hound of The Baskervilles :
gun
2014-06-28 15:17
It's allways amusing to read how Sherlock Holmes and doctor Watson solves different kind of mysterious happenings. Even if I read this novel earlier I enjoyed reading it. The hound of the Baskervilles is a classic and worth reading many times.
Betyg 4